ENFORCEMENT: A RANT FROM MAD MAX 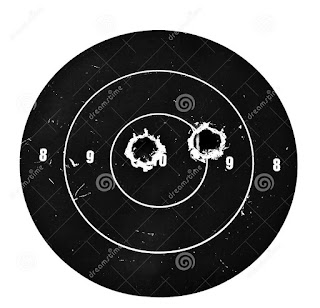 How does a CISO do his job without the ability to enforce retribution on The Bad Guys? No matter how diligent the Chief Information Security Officer, the myriad products foisted upon an organization make it impossible to plug all the holes. So why not plug the Bad Guys?

Current cybersecurity laws in the US make retribution impossible. Even paying an offshore entity to go after and punish the bad guys is problematic, as the money trail will eventually lead to the CISO's organization. Because the organization with whom the CISO contracts said retribution is in a position to blackmail its customer. Which it will eventually be forced to do as part of a plea bargain with international authorities.

My suggestion is that an "extra-legal" cyber insurance company (possibly based in a country without any formal extradition treaties) put together a…and I use this term on purpose…hit squad to wreak shit rain on cybercrooks. What kind of shit rain, you ask?

Yep, this is my rant. No, it ain't ever going to happen. Alas, all I can truly do on this blog is to publicly shame companies and their vendors who make the CISO's job harder. And while I'm at it, I can shame the U.S. Congress for being dumber than a bag of hammers.