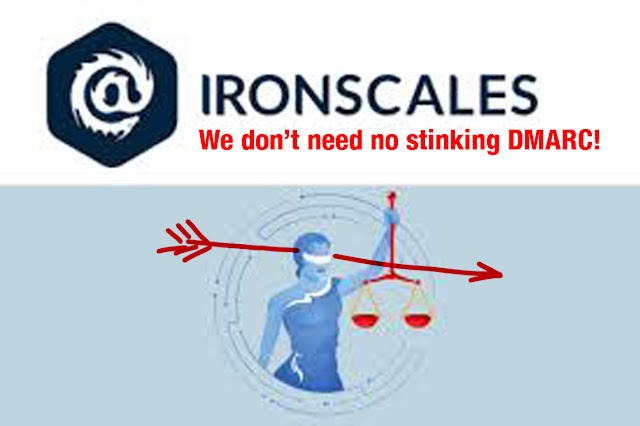 Israeli company Ironscales raised another $15 million "to defeat phishing attacks with A.I. (read the venture beat story here)." A word to the wise: Don't. As in DON'T TRUST EMAIL FROM THESE GUYS. Because they don't even have a DMARC record. So anybody can pretend to be them. Which means their investors just stuck $15 million up the rear end of a wild hog and lit it on fire, said hog blasting into the woods around YOUR house.